No spectators will be allowed at these events due to Covid-19 regulations.

The Canyon Comanches are looking to repeat as Crestview League Champions. They definitely have the talent as they return all league performers Connor Albin and Andrew Lugo. They also return 5 of their top 7 runners. They will be challenged by the Brea Wildcats. Brea returns 5 of their top 7 returners. Here’s a fun fact: The Wildcats are trying to qualify for state for the 12th consecutive time. Yorba Linda will definitely be in the mix as they return 4 All CIF Runners from last year: Vijay Arora , David Van Dyke, Brandon Nolan, and Jacob Schatzman. Esperanza will be young, but they have one of the best individual runners in the Crestview League, Josh Moore. 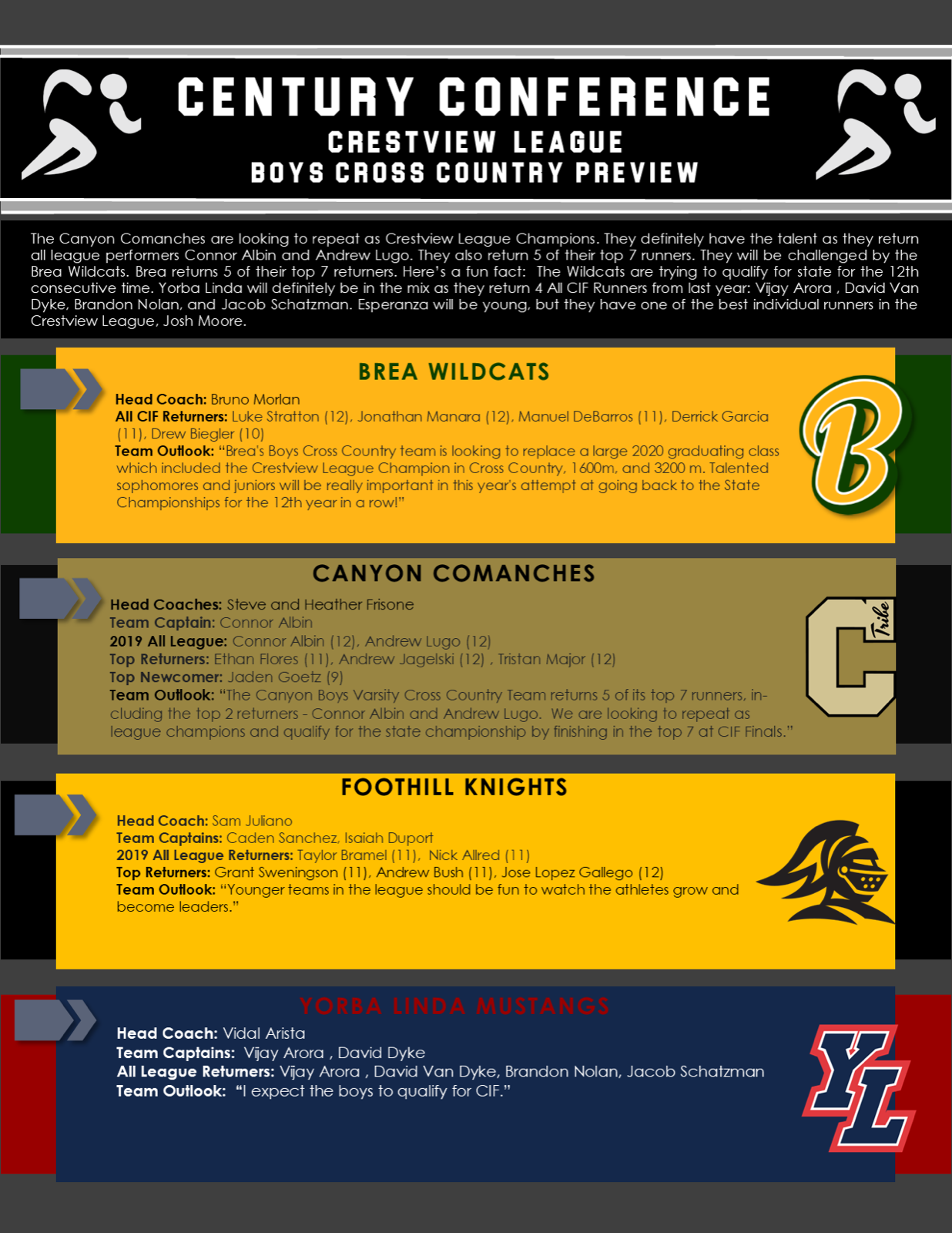 The Canyon Comanches have their sites on a big season. They return last year’s league champion in Emma Hadley and three all league ath-letes: Isabella Frisone, Sarah Paino, and Grace Walker. They have also added freshmen Makenna Olivia who is looking to have an impact on the team. The Brea Wildcats are coming off a sensational season in which they were CIF Runner Ups and they finished 3rd at the state meet. They have four captains, Kendra Painter, Cassie Apahidean, and Emily Wernli who will look to lead the team to another great season. Foothill returns all league performer Courtney Copeland, she will be joined by returners Ashley Tuley and Sophia Dudley. Yorba Linda believes that they will be solid enough this year to qualify for CIF and State. They return three all CIF runners in Siena Palicke , Carissa Teran, and Emma Karcher. 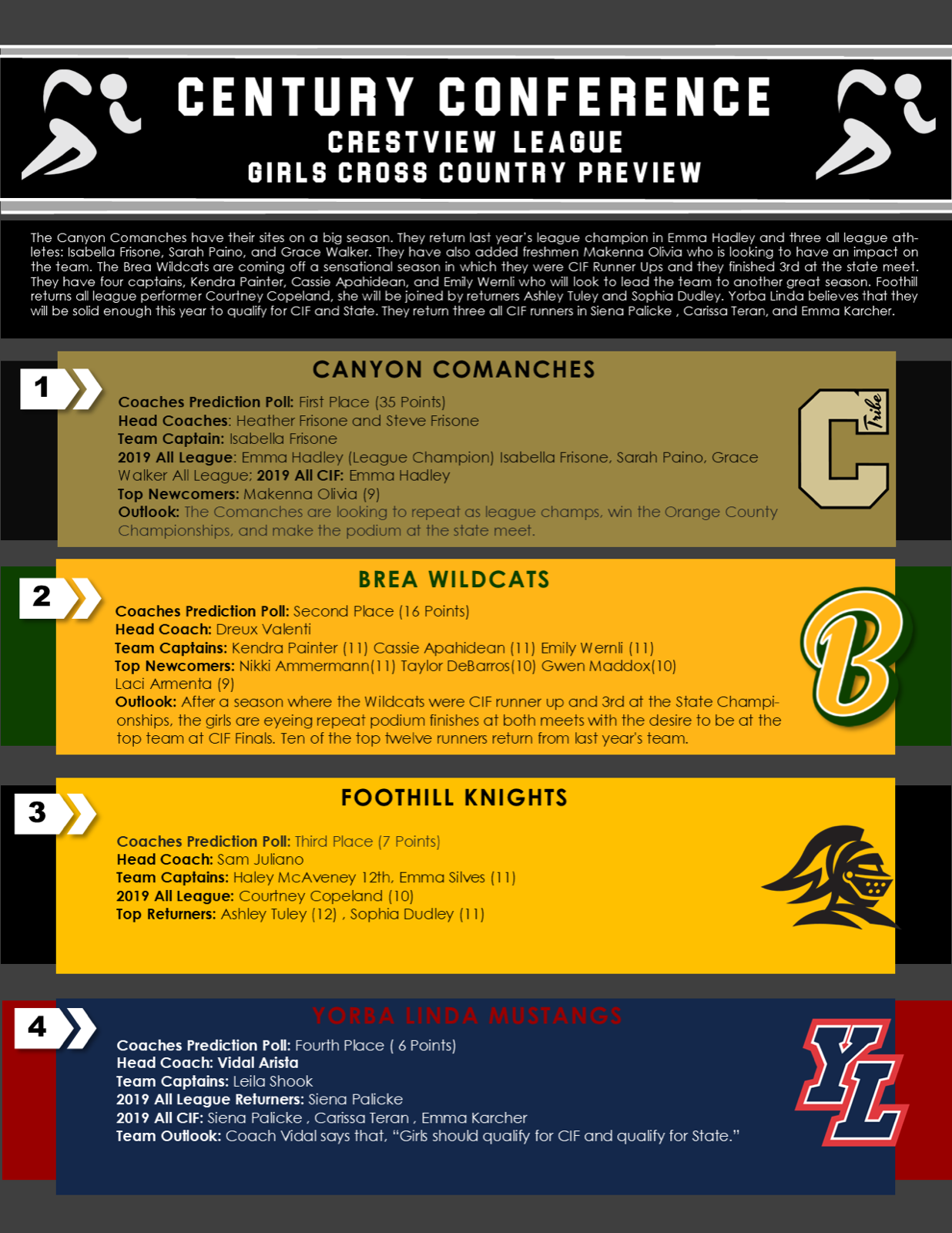 If you would like to preview the North Hills Boys and Girls teams you can click on the links below.