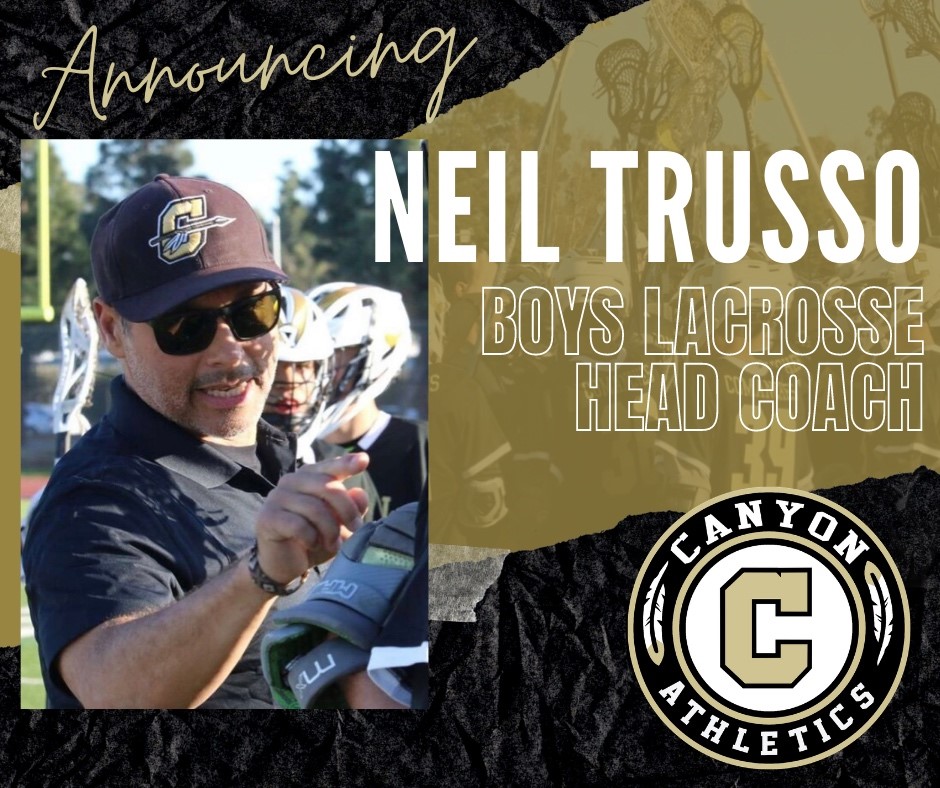 Coach Trusso, was born in Guam USA and moved to Los Angeles. He attended Sylmar High School where he played football and ran track. He then joined the Navy becoming a  Navy Seal. After the military he played football at Santa Monica College and at Chapman University. After football ended he joined the Chapman University Lacrosse team where they won a Division II title in his senior year.

He has been involved with coaching youth sports for almost 20 years. He has coached NJB, OJSC, Football at JSerra, and most importantly U-13, U-15, and high school Lacrosse (Beach Cities LB, El Dorado, and Canyon). He has spent almost 12 years coaching Lacrosse, the last 3 as the CHS Boys Lacrosse Assistant Coach, and Junior Varsity Head Coach. He is a former Chapman Lacrosse, Orange County Club, and Masters Lacrosse Player. Due to his love of the sport he also has hopes of getting back onto the field for the Masters Team again someday.