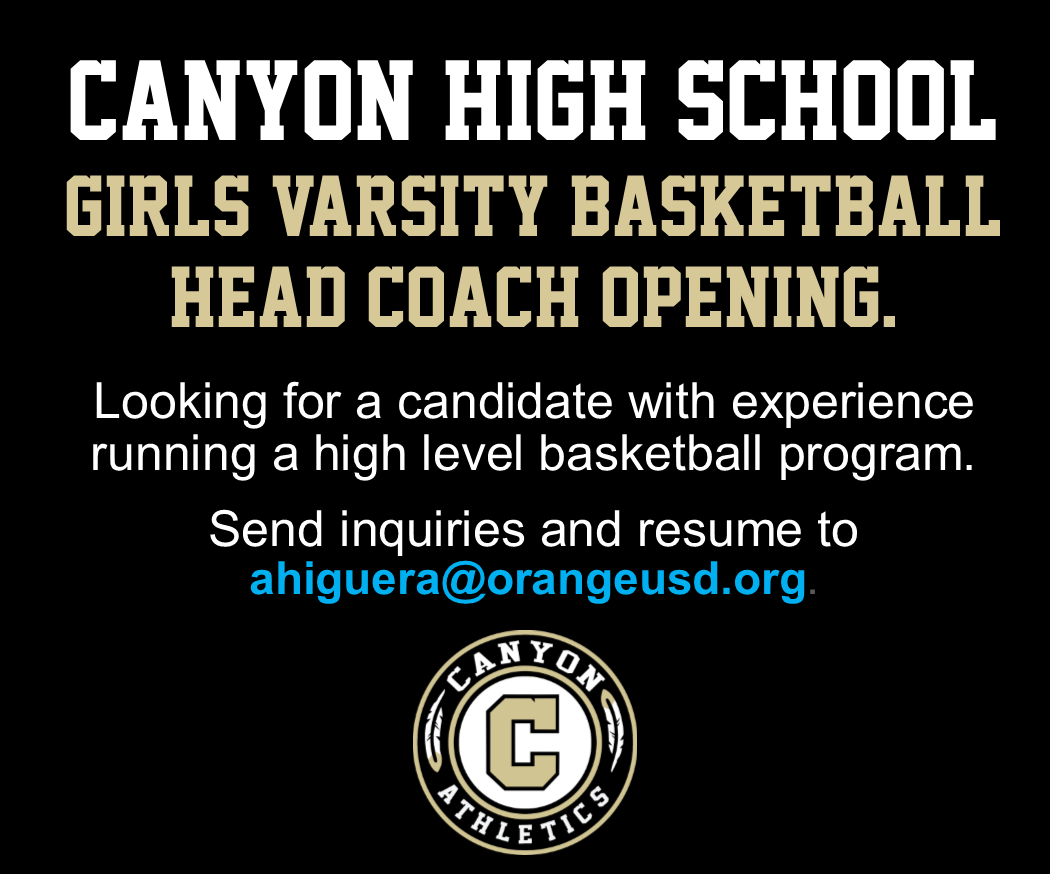 It is with mixed emotions that Canyon High School announces Coach Mark Lofink will be leaving.  We are happy to announce he will be making the move from Teacher, Coach and Athletic Director to Principal at a K-8 Lutheran school in Illinois.  On the other hand, Coach Lofink will be greatly missed on the Canyon campus.

Coach Lofink started at Canyon in 2014. During his time at Canyon his teams earned 2 league titles, made 6 CIF playoff appearances, made it to 1 CIF semi-final, and had over 100 Canyon wins.  Coach Lofink would like all of his players and families to know that they have been a huge blessing in his life. He has truly enjoyed coaching alongside his staff, with his former players and celebrating the many individual player and team accomplishments.

With Coach Lofink’s leave, Canyon has an opening for the Girls’ Varsity Basketball Head Coach position. Canyon is looking for a candidate with experience running a high level basketball program. The position will remain open until filled. Please send inquiries and resume via email to ahiguera@orangeusd.org.