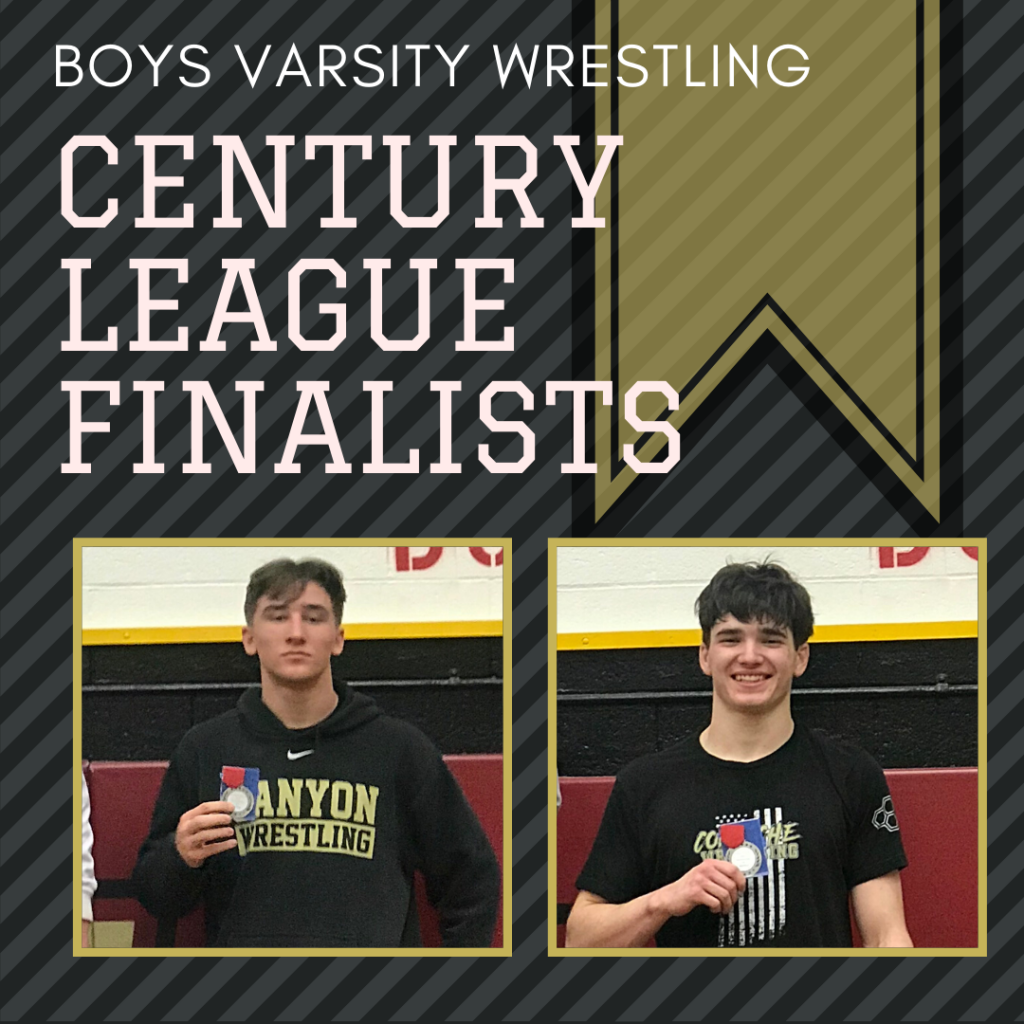 Canyon wrestling had two Century League finalists in Wednesday’s league finals which was held at El Modena High School. Senior Cameron O’Connor and junior Brett Wilcox both made the finals and took 2nd respectively. Century league is known as one of the most difficult conferences in all of Orange County and both of these boys should be proud for punching their ticket to CIF which starts next Friday, February 14th.