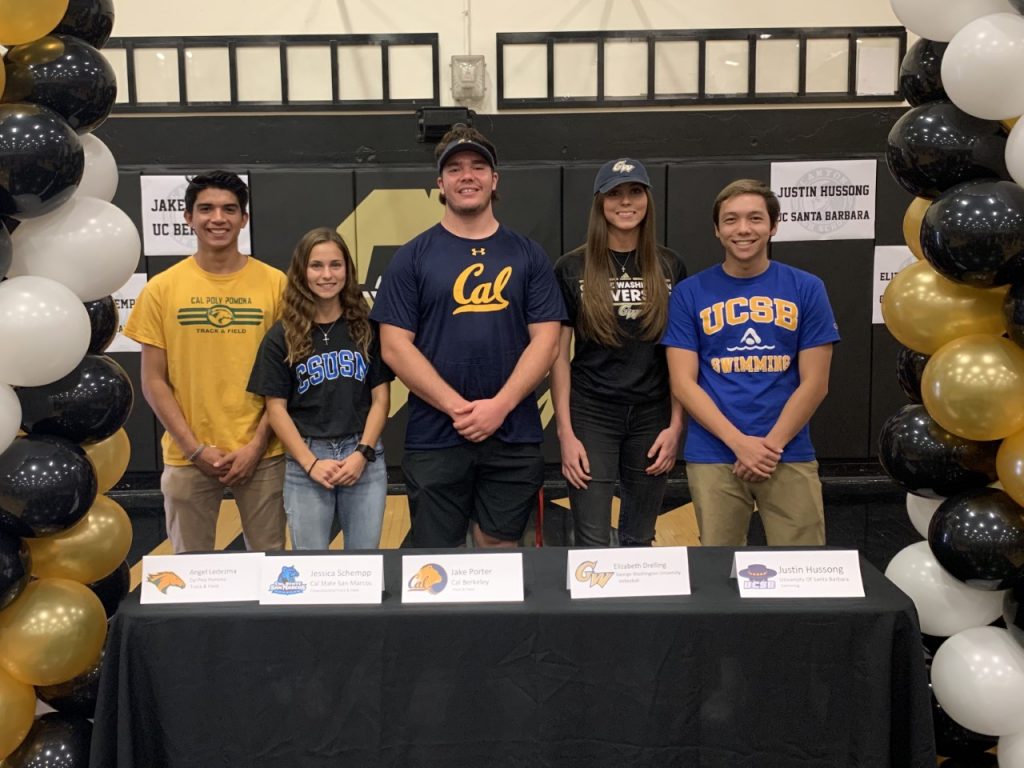 Justin Hussong is a 4 year varsity swimmer at Canyon 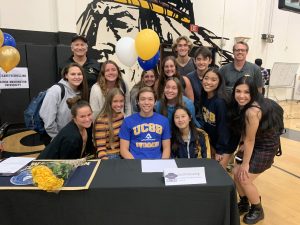 High School.  Hussong has received an athletic scholarship to swim at University of California, Santa Barbara, where he will also be studying Sociology.  During Hussong’s 4 years on varsity, his accolades include: 4 Canyon swim records, 7th and 9th place in CIF Division 1, and state qualifier.  In club, Hussong made a winter National qualifying cut.  Academically, Hussong has a 4.0 unweighted GPA, is an Advanced Placement Scholar and PSAT commended student.  His favorite high school memory was traveling to the swim meet in Fresno. Hussong was introduced by Coach Steve Anderson and was joined at today’s ceremony by his parents. He would “like to thank them for all the time and energy they put in and the sacrifices they made to make my dream come true.”

Elizabeth Drelling is a 4 year varsity volleyball outside hitter at 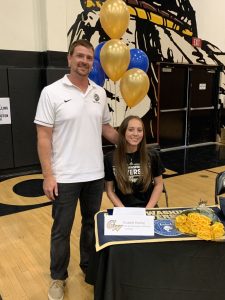 Canyon.  Next school year Drelling will be attending George Washington University on a athletic scholarship to play volleyball and study business. While at Canyon, Drelling has been a 4 year scholar athlete and has received top of the tribe honors twice. In 2018, Drelling was named to the Century Conference All League team.  During club she has been chosen for invitational teams and competitive training camps. She and her club teams have earned several 1st place honors competing at the Girls National Champions in Dallas, TX and Detroit MI. Her favorite high school memory was having Reed Smoke cheer on her volleyball team at all their games. Drelling was joined at today’s ceremony by her parents, Francis and Ginnifer Drelling, her grandparents and Coach Peacock. She would like to give a special thanks to Coach Peacock for all his training and Reed Smoke for all his support. 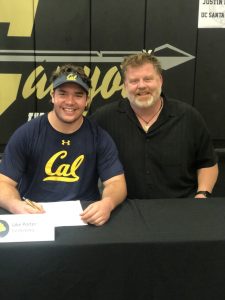 Jake Porter is a 3 year Track & Field participant and Varsity athlete. He has earned an athletic scholarship to California State University, Berkley to throw discus and shot put and study business.  Porter is a Canyon High School record holder in shot put and discus.  He was named Crestview League Field Event MVP and was a Masters qualifier.  Academically, Porter was a 4 year scholar-athlete.  He played football prior to committing his efforts to Track & Field.  Porters favorite high school memory is “locker room times with the boys and breaking the shot put school record at league finals”.  Porter was announced at today’s ceremony by Coach Chris Anderson. Porter would like to give a special thanks to God, Coach Chris Anderson, his Mom (Stacey Porter) and Dad, (John Porter).

Angel Ledezma is a 3 year varsity Jumper and Sprinte 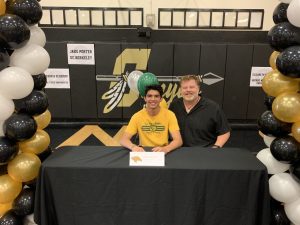 r for the Canyon High School Track and Field team. Next school year, Ledezma will be attending Cal Poly Pomona on a athletic scholarship to compete for the Broncos and to study landscape architecture.  During his time at Canyon, he has been named Team MVP, League MVP, and to the Crestview All League Team.  His favorite high school memory is winning league finals. Ledezma was announced at today’s ceremony by his Coach Chris Anderson. He would like to give a special thanks to Coach Chris Anderson and Coach Sam Morales.

Jessica Schempp is a 2 year varsity Cross Country and 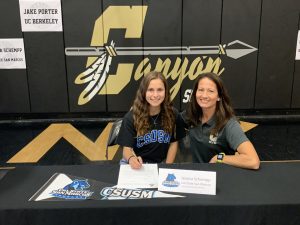 Track & Field Distance runner.  She has committed to California State University, San Marcos where she will be running and studying Liberal Arts.  She has earned the Team Most Improved award twice, competed at State and has a personal best of 18:28.  Academically, Schempp has earned “Top of the Tribe” each year at Canyon, “Scholar-athlete” each season and has maintained a 4.0 GPA throughout high school.  Her favorite high school memory is “getting on the start line with my teammates”.  Schempp also stated, “I’d love to give thanks to the unconditional support and hard work encouraged from my teammates and coaches throughout the years. As well as to my friends and boyfriend who have cheered me on through this journey”.

Congratulations to our November 13th, 2019 signers!  We look forward to seeing what our athletes do as they complete their senior year and move on to play at the next level.

No Events This Week

Events are added by athletic staff.
View All Events