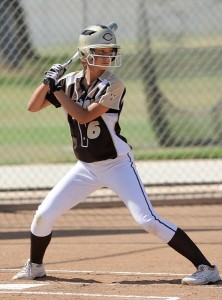 Anaheim Canyon lost a number of the key players from last year’s team that reached the CIF-SS Division 1 semifinals, but hard-hitting Taryn Young is back for the Comanches.

Young is the younger sister of Lauren Young, who is one of Canyon’s all-time greats that is currently starting at third base for Arizona. Like her older sister, Young has committed to play for Mike Candrea at Arizona.

Young was the Century League Freshman of the Year and first team All-Crestview League last season. This season, Canyon will rely on her during rebuilding process. Young already belted two homers over the weekend at the Best of the West Tournament.

What’s been the highlight of your athletic career so far?

Young: “The highlight of my softball career is when we made it to the semifinals of CIF my freshman and sophomore year. Even though we didn’t win, we proved a lot of people wrong and it was a great experience with my team.”

Read the full article at ocsidelines.com